A small jewel along the Carolina coast, Fripp Island has been shaped by the ebb and flow of tides, the fortunes of developers and fluctuations in the residential community.

With a three-and-a-half-mile beach, the island claims only two square miles above sea level. For most of its history, Fripp has stood in the shadow of its much larger neighbors, St. Helena and Hilton Head Islands. During the early 18th century, Fripp was owned by Sarah Harriet Reynolds, who inherited it from her father along with a large plantation on St. Helena Island. Soon after her marriage to William Fripp in 1820, the island became known as Fripp’s Island and served as a hunting preserve.

Centuries of isolation ended in 1960 when Jack Kilgore discovered Fripp and envisioned the possibility of a premier private island community and resort. Raising funds to buy the island and build the bridge were formidable tasks. Since the bridge opened in 1963, there have been six developers who have owned the resort, and each has left an imprint. One built the bike paths and Olympic pool, another increased the number of condominiums and another developed the second golf course and the Cabana area. Although living units now number around 2,000, the 1970s and 1990s slogans “Fripp Island: Another World, Not Another Resort” and “Seaside Simplicity” continue to describe Fripp. From June to August, the island is filled. However, when schools resume, the crowds diminish and a peaceful quiet returns.

Amidst much change, the two constants in the island’s history have been the beauty of its natural setting and its residents who share their time and talents to create a special community. The Fripp Island Property Owners Association, incorporated in 1976, has played a crucial role in caring for the bridges and roads and ensuring that the island is a safe and attractive place. Additionally, the Fripp Island Community Centre, with its chapel and large fellowship hall, provides a place for worship, memorial services, weddings, concerts, club meetings, yoga, various exercise classes, duplicate bridge and social gatherings.

How Fripp got its name 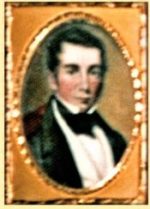 Fripp Island’s early history is closely tied to St. Helena Island, which was first inhabited by European settlers in 1700. Among the first residents was John Fripp, a native of Wales who had previously farmed for several decades on Edisto Island. By 1860, John Fripp’s descendants owned 18 of St. Helena’s 54 plantations.

The owner of Fripp Island in the late 18th century, however, was not a Fripp, but William Reynolds. Born on St. Helena Island around 1750, Reynolds fought in the Revolutionary War and married Anne Capers. They had two children, a son, who died at age five, and a daughter, Sarah Harriet. When Reynolds died in 1798, Sarah Harriet inherited her father’s estate, including Reynolds Island.

During the entire 19th century, the ownership of what we now know as Fripp Island remained in the hands of Sarah Harriet Reynolds Prentiss Fripp, or one of her immediate family. When she was 17 years old, Sarah Harriet married Otis Prentiss, the owner of a nearby plantation and the overseer of the Reynolds’ plantation. The following year, Prentiss successfully petitioned the court to release his wife’s entire inheritance to him. The name of Reynolds Island then changed to Prentiss Island. Four years later, Prentiss died, leaving Sarah Harriet a widow at age 21 with four small children and again with ownership of the island. Two years later, in 1820, she married William Fripp, a fourth-generation descendant of John Fripp. Ownership of the island passed to her second husband, and Prentiss Island became Fripp’s Island, later shortened to Fripp Island. Following the deaths of William and Sarah Harriet, their daughter, Juliana Matilda Fripp Prioleau, inherited Fripp Island.

There is a persistent legend that offers a more colorful account of how the name Fripp Island came to be than the one found in existing records. This legend tells the story of privateer Captain John Fripp, who used the island as a base for attacks on Spanish and French ships in defense of the new English settlement. King Charles II of England is said to have rewarded him with a land grant that included Fripp Island. In addition to a lack of documentation for this account, Charles II made no royal land grants in the Carolinas.

Yet, to fully appreciate Fripp Island’s past, it is well to be familiar with both the rich lore that surrounds the island, as well as the historical records.

Reprinted from the October 2008 Trawler and written by Fripp Island Historian and Resident, Page Putnam Miller. 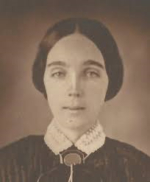